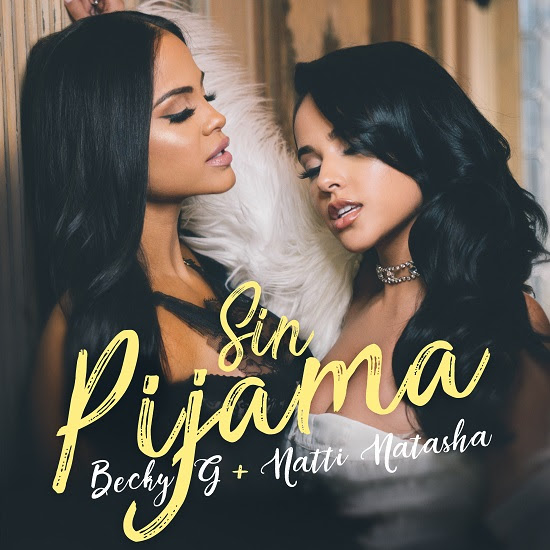 Latin urban music leading ladies Becky G and Natti Natasha joined forces on their new single “Sin Pijama” and it has become the smash hit of the summer!

“Sin Pijama” is the #1 song in Spain for a second consecutive week, where it tops every single chart in the country: #1 on radio, Spotify, Apple music, iTunes and Vevo/Youtube. The single’s official video, which is #1 in the country, has accumulated more than 390 million views and is the #1 most viewed video by a female artist in the world this year. To watch the video, click HERE!

This week Becky G, who is in the midst of a promo tour through Europe, was surprised during a visit to Spain’s top-rated entertainment TV show “El Hormiguero” with plaques for the platinum certification of “Sin Pijama” and 5x platinum certification for “Mayores.” Becky is at a unique moment in her career and Spain, in particular, is one of the leading markets of her global success; marking the upsurge of female urban music in Spanish and turning everything she touches into gold.

“Sin Pijama” is also #1 on radio in Chile, Bolivia and El Salvador; is Top 5 digital in Mexico; #8 on the Billboard “Hot Latin Songs” chart (US Latin) and peaked at #24 on Spotify’s Global Top 50.

Becky G‘s previous single “Mayores” alongside Bad Bunny has earned 2x DIAMOND certification in the US (21x Platinum) according to the Recording Institute Association of America (RIAA), 5x Platinum in Spain, 3x Platinum in Mexico, Platinum in Argentina and Chile, and Gold in Colombia. “Mayores” digital numbers continue to soar with the official video having surpassed a billion views on YouTube in less than 7 months, and 250 million streams on Spotify.

Becky G was recently nominated for a Teen Choice Award for “Top Latin Artist” and is the only woman among the nominees.