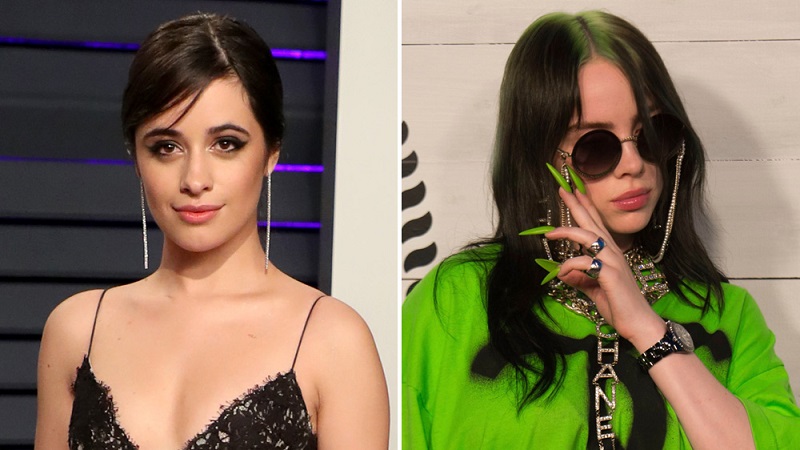 LOS ANGELES – Sofia Cabello may be related to a chart-topping pop star, older sister Camila, but it’s another world-famous singer that makes her squeal with excitement: Billie Eilish.

“My sister actually cried when she met ,” Camila tells Variety. “My sister has never cried meeting anybody. She’s met Taylor [Swift], my sister’s met everybody, and she literally, fully had tears running down her face. She 100 percent likes her more than she likes me.”

It’s no surprise that 12 year-old Sofia is an Eilish stan. Like Camila, Eilish’s core fan-base consists of young girls drawn to the angst of the 17 year-old performer whose dark, melancholic songs speak to the teenage experience. After uploading “Ocean Eyes” on Soundcloud over four years ago, which went viral practically overnight, Eilish garnered over a billion Spotify streams prior to releasing her first album. Now, she’s headlining festivals like Coachella and selling out arenas across the country.

Helping Eilish realize her sound is her brother Finneas O’Connell, who recently worked with Camila Cabello as well. In fact, Camila describes the collaboration as one of her favorite songs on her forthcoming second album. “He just has this taste, that I think or Taylor Swift have, where it’s like he loves the really delicate details of things,” says Camila. “Those are the things that really pull his heart strings. … I think [Billie] and Finneas [creating] together is so sick. You feel in your body that it’s different. Like the intention isn’t to make a radio hit, it’s just making something cool.”

Camila’s favorite Billie Eilish songs? “Ocean Eyes” and “When the Party’s Over,” she reveals. “I like the emo stuff; it  feels exciting and different. I think her music is so amazing. I also met her in person and she was so sweet — she looks like such a genuine person.”