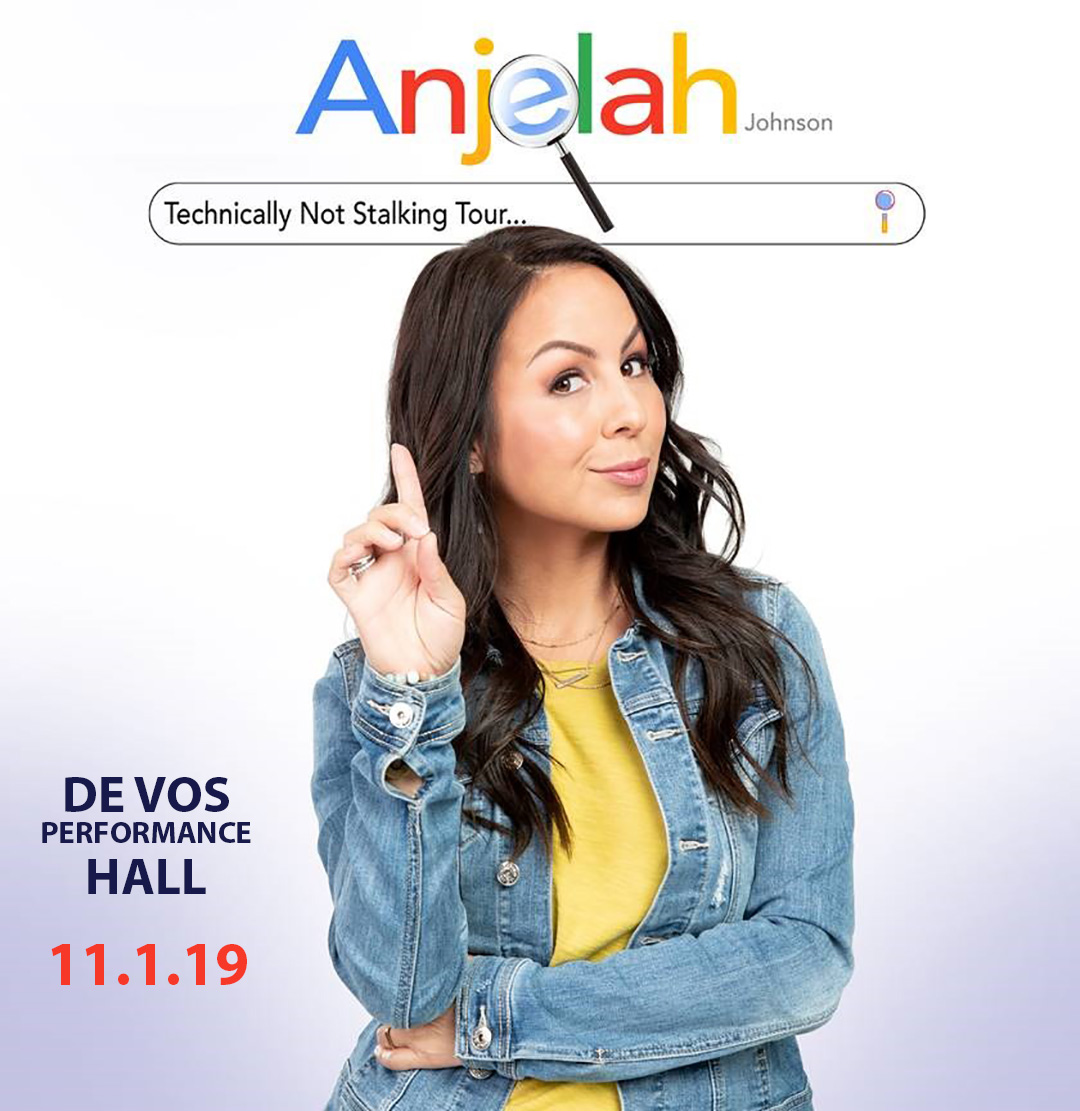 Comedian Anjelah Johnson announces her 2019 national TECHNICALLY NOT STALKING TOUR, with dates through November 2019, including a stop in Grand Rapids on Friday, November 1, 2019 at 7:30 PM in SMG-managed DeVos Performance Hall.  Tickets go on sale to the general public beginning Friday, May 31 at 10:00 AM. Tickets will be available at the DeVos Place® and Van Andel Arena® box offices and online at Ticketmaster.com

Johnson, who has been lauded as “one of the funniest and freshest voices in comedy right now” and whose live performances weredescribed as “filled with almost non-stop laughter” byTime Out Chicago, will embark on her highly-anticipated tour playing to diehard fans with stops in cities from coast to coast. Says Johnson, “I’m excited for you to come out and see me on my Technically Not Stalking Tour! But not if I see you first. Muahaha.”

Mexican and Native American comedian and actress Anjelah Johnson-Reyes has become a favorite with both audiences and critics alike. Her comedy reaches across platforms from the stage to online to TV to film, with The Las Vegas Review Journal gushing about her last tour, “Johnson is an energized presence, an exclamation point incarnate.” After a stint as a professional cheerleader for the Oakland Raiders, she became an internet sensation with her viral video, “Nail Salon” which led to her joining the cast of FOX’s hit comedy seriesMadTV. Her spot as a series regular spawned another internet sensation, “Bon Qui Qui.” This original character, a disgruntled fast food employee with no filter, has been enjoyed, viewed and replicated by over 65 million people worldwide. Additionally, she has been featured in such comedy fan-favorite TV shows as ABC’s Ugly Betty, HBO’s Curb Your Enthusiasm, and NBC’s Superstore. She is also a familiar face on the talk show circuit, with multiple appearances on CBS’s The Talk, ABC’s The View, and NUVO’s Mario Lopez: One on One.

Anjelah’s fourth hour standup special Mahalo & Goodnight, filmed in Honolulu, Hawaii, premiered on Epix in 2017 with Maxim Magazine declaring “her comedy (is) uproariously funny and, in a time of great racial and political strife, oddly healing.” The special is currently streaming on Hulu. Her third hour special Not Fancy, which is a Netflix original, is currently available for streaming on the platform along with her second hour The Homecoming Show. Her first hour special That’s How We Do It premiered on Comedy Central in 2009.