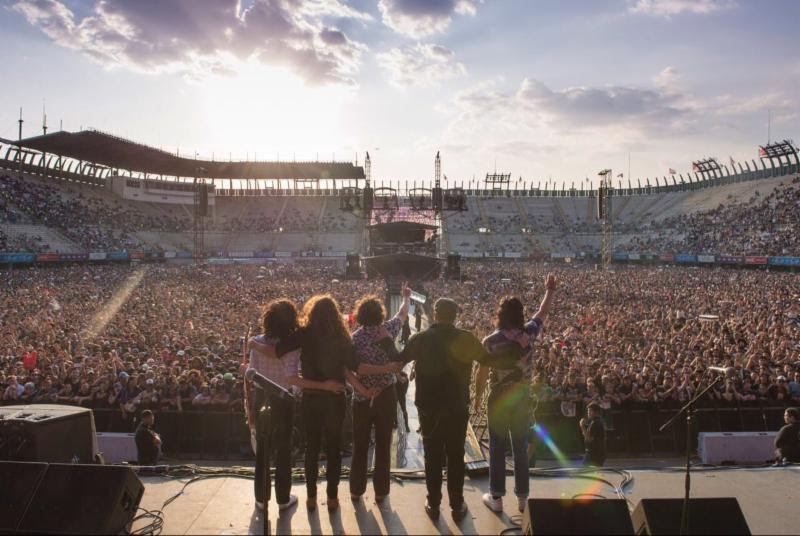 Enjambre solidifies its position as one of the most resounding bands of Latin American rock by giving an amazing show as one of the headliners of the Vive Latino 2018 Festival. As one of the stellar acts of the first day, they performed on Saturday, March 17 at 5:00 p.m. on the Indio stage and achieved a huge gathering with a fully devoted audience.
After the great feedback of the track Vida en el Espejo, the quintet launched Y La Esperanza as a new single. The video clip of this song was premiered on Saturday the 17th, in the Carpa Ambulante of Vive Latino, with the presence of the group.
The band’s huge festival comeback occurs while it is confirmed that their recent album, Imperfecto Extraño, has reached the category of Gold Record in Mexico, having sold more than 33 thousand copies after nine months of its release. The album presentation tour has reached more than 50 cities in Mexico and the United States and has achieved great acceptance from both the public and critics.
On the other hand, a special acoustic version of Y La Esperanza will be the main theme song of Olimpia, the first fiction and animated film of the UNAM that will commemorate the 50th anniversary of the 1968 Olympic Games, as well as the student political movement that year that ended in hundreds of death students and teachers. Olimpia, which will be released in September, is written, produced and directed by José Manuel Cravioto (Seguir Siendo, Café Tacvba).
In December of 2017, Enjambre stepped on stage of the Auditorio Nacional for the second time of their career and also performed at the Pabellón M in Monterrey. A percentage of the revenues of both events were allocated by the band to build 25 houses and place the roof of a school of 120 students in Tlaquiltenango and Jojutla, two of the towns in Morelos affected by the earthquakes last Semptember. These actions were in coordination with Fundación Mosaico.
Imperfecto Extraño, the band’s sixth studio album, was created over a period of more than two years and at first had a pre-production phase in an old hacienda in Jalisco. Subsequently, the recording was done in the legendary Sonic Ranch studios in El Paso, Texas and in the Testa Studio in Leon, Guanajuato. It is composed of 12 songs, including Tercer Tipo, Celeste, En Tu Día, Nudo, Vida en el Espejo and Detéstame.
The record’s debut (produced by English Phil Vinall, collaborator of Zoé, Placebo, Radiohead, Pulp, and with who they have already been a team with previously) has been immense; it was placed in the Mixup sales list as #1. The disc also debuted at #1 in iTunes Mexico under Alternative & Rock in Spanish and #3 under the general sale list of this digital platform.
Their new single is titled ‘Y La Esperanza’
will be the main theme song of the film Olimpia by José Manuel Cravioto 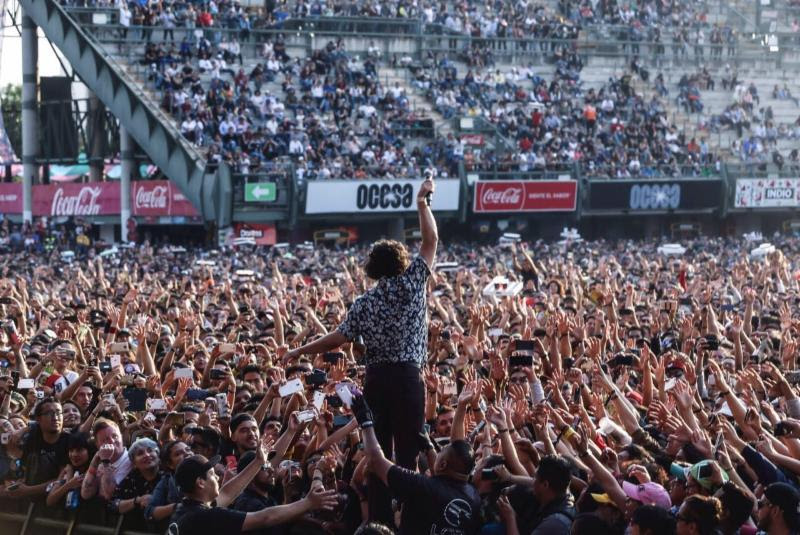 The Band Achieves a huge audience in a spectacular performance. Their latest album Imperfecto Extraño is Already a Gold Record in Mexico. Photo courtesy of enjambre.mx