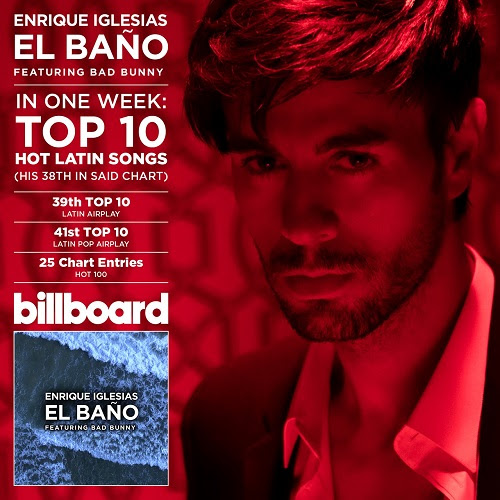 Becoming His 38th Top 10 Entry In Said Chart!
Its Music Video Has 50+ Million Views In Less Than Two Weeks!
In just one week, Enrique Iglesia’s “EL BAÑO” feat. Bad Bunny, enters the Top 10 ofBillboard’s “Hot Latin Songs”, “Latin Airplay” and “Latin Pop Airplay” charts, becoming Enrique Iglesias’ 38th, 39th and 41st Top 10 on these charts, respectively. In addition, it becomes his 25th career entry on the flagship “Hot 100” ranking.
In addition, “EL BAÑO” is a streaming phenomenon, entering the Top 40 of Spotify’s “Global Top 50” and becoming the #1 most-streamed song in Spain.
The song is available on all digital platforms via Sony Music Latin. Get it/Listen to it HERE. 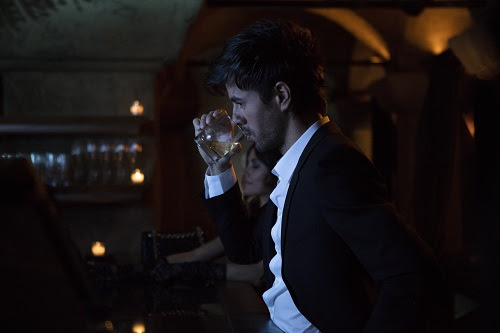 Overflowing with sensuality and featuring performances by Eric Roberts and Pollyanna Urueña, the song’s music video, directed by Enrique Iglesias and Maxim Bohichik, has received more than 50 million views on Enrique’sYouTube/VEVO channel in less than two weeks after its premiere. The video became the #1 video in Spain, Argentina, Colombia, Chile, Mexico, Peru, and Slovenia.
“EL BAÑO” is just the beginning. Enrique is putting the finishing touches on his 11th full-length album – one of the most anticipated releases of the year.
As fan excitement for his new music increases, Enrique once again asserts himself as one of music’s most legendary titans on “EL BAÑO.”