Famous Food Brands Made in The Mitten State 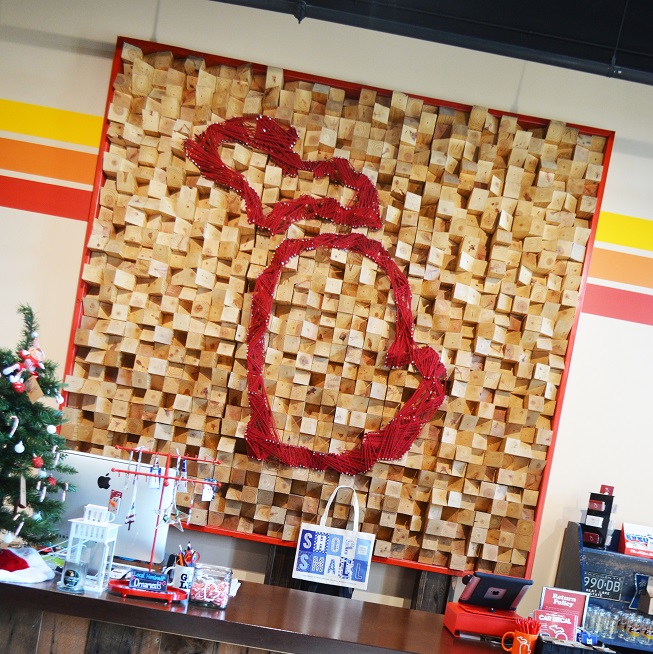 When it comes to food, West Michigan has a lot to offer. The Beer City is home to German restaurants, Mediterranean inspired villas, and a variety of Sports Bars. Many big names have made their home in the mitten state. However, of all the food the region offers, the following famous food brands are some of the most well-known:

Gerber Products Company began in Freemont Michigan at the Freemont Canning Company. The production plant originally produced canned fruit and vegetables until owner Daniel Frank Gerber had his first child. Gerber Products Company is a major baby food producer in Michigan and worldwide. Some of the more identifiable features of the Gerber brand include the small glass jars in which the baby food is stored and the distinguishable drawing of a baby on the front. The brand, still located in Freemont, is known for being family focused. It continues to produce baby food as well as bottles, breastfeeding supplies, and child nutritional products. You can find Gerber oatmeal, boxed food, canned food, as well as sugar free and diabetic friendly baby foods at many stores throughout Michigan and the United States.

Hudsonville Ice Cream began as a small creamery in the rural town of Hudsonville. The ingredients used to make ice-cream came directly from nearby local farmers. Eventually the creamery grew into an in-house ice cream company. Today, it produces over 50 different flavors. Some of them have unique names like Grand Traverse Bay Cherry Fudge, Caramel Deer Traxx, and Sleeping Bear Dunes Bear Hug. The creamery also produces more well-known varieties such as Vanilla, Chocolate, and Strawberry. This over 90 year old company continues to provide high quality, creamy cold dessert to Michigan as well as the states of Illinois and Indiana. You can find pints of Hudsonville Ice cream in most Michigan grocery stores or visit the company for a tour of its factory, now located in Holland. The entire list of flavors can be found on their website, www.hudsonvilleicecream.com as well as a list of vending locations.

If you are like many Michiganders, you start your day with a bowl of cereal and milk. If it’s Froot Loops, Rice Krispies, or Apple Jacks you may be surprised to know you are eating a made in Michigan breakfast. In the early 1900s Will Keith Kellog attempted to create a granola company. The company failed to create granola, but succeeded in making what is now known as Corn Flakes. Successfully marketed as cereal, these corn flakes became The Battle Creek Toasted Corn Flake Company. Upon
their success, other cereals were created and grew into the multinational cereal company now known as Kellogs. While Kellogs products are available around the world, the headquarters remain located at its birthplace in Michigan. From its small beginnings as a flaked corn maker, the brand has added a few more big name foods to its name including Pop-Tarts, Cheez-its, Eggos, and Nutri-Grain bars.

Ginger ale has long been used to alleviate indigestion, sore throats, and coughs. It should come as no surprise, then, that Vernors ginger ale was created by pharmacist James Vernor in Detroit. Since its creation, the beverage brand has been sold in Michigan but under the influence of the Dr. Pepper Snapple Group went on to expand beyond Detroit and into Grand Rapids, Flint, and Canada. Vernor’s has had a long history in Michigan, celebrating its 150th anniversary in 2016 at the Detroit Museum. The carbonated soda is said to have a flavor more similar to ginger bear than other versions of ginger ale created around that time, still adhering to the company motto “deliciously different”. Today Michiganders are known to use it not only to alleviate sickness and as a soft drink, but also in their cooking and as an ingredient for the glaze in their Christmas hams.

Some place the start of Michigan’s sugar industry in Saginaw Valley as early as the 1800s. The Pioneer Sugar brand encompasses many sugar beet farms throughout the state. Currently there are nearly 1,200 sugar beet farmers who contribute to the Michigan Sugar Company. The slogan, “Locally grown, locally owned” still stands true today. Beyond the traditional granulated sugar used most often in cooking, Pioneer sugar also includes powdered sugar used often in pastries and frosting, as well as brown sugar which is also used in culinary works. You can find Pioneer sugar in the baking aisle in most Michigan department stores. Whether you are sweetening your coffee or baking a dessert, Pioneer sugar is a popular condiment. Over hundreds of different recipes – main dishes, ethnic foods, and more using the sweetener – can be found online at www.pioneersugar.com.