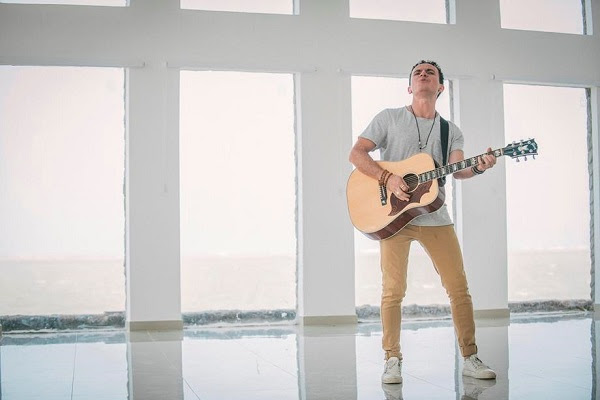 The three-time Latin GRAMMY®-winning Colombian singer and songwriter Fonsecapremieres the music video for his latest single “Vine a Buscarte” (I Came Looking for You) toady, which is included on his latest album CONEXIÓN.
This video is directed by Miguel Vélez and produced by his company Lanterna Pictures, the same team that brought us the music video for Fonseca‘s previous single “Ya No me Faltas” (I Don’t Miss You Anymore). “Vine a Buscarte” was filmed in February near Barranquilla, Colombia, and tells the story of a love that almost slips away. It portrays a couple who reconnect at a Fonseca concert and promise to never again split up, after a long time apart visiting iconic Caribbean locations.
Written by Fonseca, Yadam González and Omar Alfanno, “Vine a Buscarte” features Fonseca’s signature touches of Latin percussion and accordion. It was released on March 18 and is on its way to becoming a hit on the scale of his previous singles “Entre Mi Vida Y La Tuya” (Between My Life and Yours), which spent 14 weeks at #1 on the Colombian pop chart, and also hit #1 on the Billboard Tropical singles chart and in Venezuela, Ecuador, Panama, Guatemala, Honduras and other Latin American countries; and “Ya No Me Faltas“, written by Fonsecaand Claudia Brant, which remains at #1 in several countries. Its music video racked up over 1 million YouTube views within three days of its release.
The fifth studio album by Fonseca, CONEXIÓN debuted at #1 in sales in Colombia and Peru, #2 on the United States Latin chart, and in the Top 10 in Panama, Costa Rica, El Salvador, Nicaragua, Bolivia, Ecuador and Guatemala, among others. In Colombia, it has been certified quadruple Platinum for its impressive sales.
Fonseca is bringing his new music directly to fans with his international TOUR CONEXIÓN, which has already sold out major venues in Latin America. In April, he continues on to the United States and Canada, where he is to perform in such cities as NYC, Silver Spring, Maryland; Boston, Houston, Miami, Orlando, Toronto and Calgary.
TOUR CONEXIÓN upcoming dates (more to be announced soon):
April 4 – Los Angeles (Billboard showcase)
April 8 – House of Blues – San Diego
April 21 – Playstation Theater – Manhattan
April 22 – The Fillmore – Silver Spring, Maryland
April 24 – House of Blues – Boston
May 6 – House of Blues – New Orleans
May 7 – House of Blues – Houston
May 8 – House of Blues – Dallas
May 14 – The Fillmore – Miami
May 15 – House of Blues – Orlando
May 20 – Queen Elizabeth Theatre – Toronto
May 21 – Flames Centre – Calgary, Alberta
Sigue FONSECA en / Follow FONSECA on:
www.fonseca.net
www.facebook.com/fonsecamusic
www.twitter.com/fonseca
www.instagram.com/fonsecainstagram
www.youtube.com/user/fonsecalatin