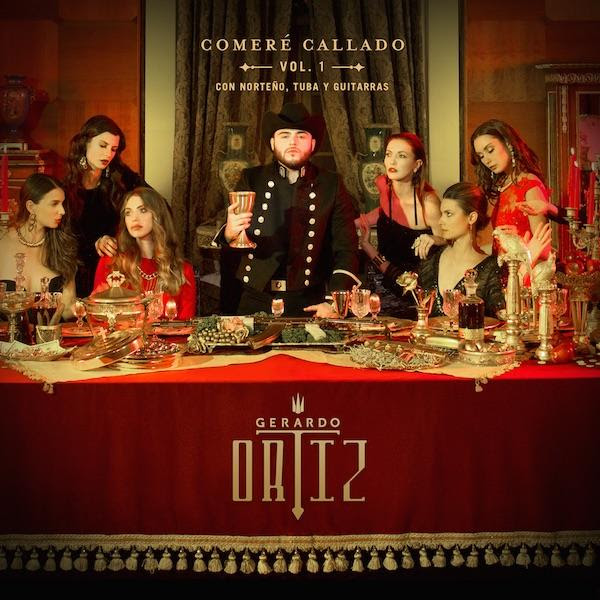 Los Angeles, 16 de junio de 2017  delrecords/ Faraándulamag – Today officially starts the countdown to Gerardo Ortíz’ new album, Comeré Callado Vol. 1 (I’ll Eat in Silence) which is to be released June 23. Album pre-orders are now available at Apple, Google, Amazon and Walmart, while Spotify users can pre-save it to their playlist. Also, premiering today on all digital-music outlets is the album track “Recordando Manuel.”
To celebrate the release of his highly anticipated album, Gerardo Ortiz will be conducting in-store events and signing autographs throughout the United States and Mexico; see below for dates. Ortiz will release exclusive content to his fans via www.comerecallado.com, visit the website for more details.
His seventh studio album, Comeré Callado Vol. 1 includes his recent hit singles, the banda ballad “Regresa Hermosa” (Return, Lovely) and the norteño heartbreaker “Para Que Lastimarme” (Why Hurt Me). With the chart-topping success of “Regresa Hermosa,” Gerardo Ortíz set the record for most #1 hits by a solo artist in the history of the Billboard Regional Mexican Songs chart.
Among Gerardo Ortiz’s accolades throughout the course of his career are 21 Billboard Mexican Music Awards, 11 Premios Lo Nuestro, six RIAA-certificed Platinum records, and recognition for setting attendance records at popular venues in the United States and Mexico.
The two-Time Grammy nominee and one-time Latin Grammy nominee, has established himself as one of the pioneers and architects of the alternative corrido movement and one of the most award-winning singers of regional Mexican music in the past years. Gerardo Ortiz is undeniably one of Latin music’s most defining artist of the last decade and his wide recognition stems from the chart-topping success of his albums and back-to-back #1 singles. Gerardo Ortiz is becoming an online and social media powerhouse– with over 3.6 Million Instagram fans, and an astounding ONE BILLION+ views on VEVO.
GERARDO ORTÍZ RECORD-STORE APPEARANCES:
U.S.A