Jennifer Lopez to Star in, Produce Drug Lord Drama ‘The Godmother’ for STX 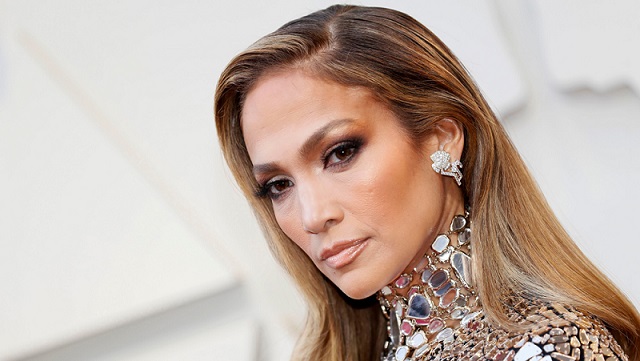 Jennifer Lopez will produce and star in the drug lord drama “The Godmother” for STXfilms.

Lopez is also considering “The Godmother” for her directorial debut, according to a source close to the project.

Lopez will portray Colombian drug lord Griselda Blanco, also known as “The Godmother.” The story follows the life of Blanco, who outsmarted and outhustled the men around her to rise from an impoverished childhood in Colombia to become one of the world’s biggest drug lords. She was reportedly was worth more than $2 billion, and was a key figurehead in Miami’s Cocaine Cowboy Wars. Blanco was murdered in Colombia in 2012.

Lopez will produce along with Elaine Goldsmith-Thomas and Benny Medina, as well as Julie Yorn. The screenplay has been written by Regina Corrado (“Deadwood: The Movie”) and Terence Winter (“The Wolf of Wall Street,” “Boardwalk Empire,” “The Sopranos”). Winter, Alex Pettyfer, Alex Brown and Rick Yorn will executive produce.

“The Godmother” marks the third joint project between STXfilms and Lopez, who previously collaborated on last year’s romantic comedy “Second Act” and the upcoming strip-club drama “Hustlers,” which opens Sept. 13 and will have its world premiere at the Toronto International Film Festival on Sept. 7. “Second Act” grossed $39 million domestically.

“I’ve been forever fascinated by the story of Griselda Blanco and jumped at the chance to play her on screen,” said Lopez. “She is all things we look for in storytelling and dynamic characters – notorious, ambitious, conniving, chilling. In a genre dominated by legendary kingpins, I’m eager to shine a spotlight on this anti-hero and excited to partner with for the third time so we can bring this compelling, complicated story to life.”

STXFilms chairman Adam Fogelson said, “We love working with Jennifer, Elaine and Benny. They are extraordinary producers and we value their partnership and trust. This is an epic true crime story that Jennifer is passionate about telling and we can’t wait to begin production on ‘The Godmother’ with her and her team

Lopez is repped by CAA and managed by TheMedinaCo. Winter and Corrado are repped by CAA. Kate Vorhoff is overseeing the project on behalf of STXfilms.

Thursday’s announcement comes as STX faces financial headwinds after an aborted public offering and disappointing performances by “Uglydolls,” “Poms” and “Best of Enemies.” Its top box office performers have been the two “Bad Moms” films and “The Upside,” which the studio picked up after the Weinstein Company unraveled.