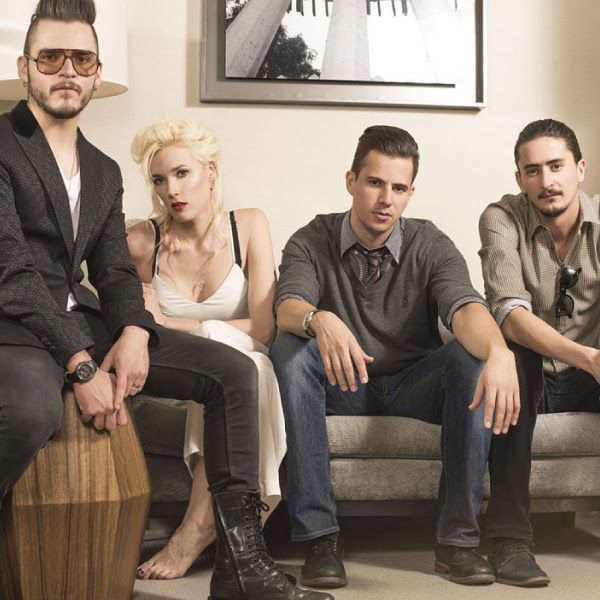 Jenny and the Mexicats, a group that demonstrates to us that there are no borders when it comes to music, announced their return to the U.S. with a new tour that will take them to 19 cities starting on February 28. The first stop will be in Washington, D.C. and the dates will intertwine with their European tour where the quartet’s growth and popularity has intensified in the last year, forcing them to extend their tours and their stay.
The group formed by an English woman, two Mexicans and a Spaniard, celebrate their 10th anniversary, not only with performances in two continents, but also with a nostalgic music video that reveals their tours from the very beginning showcasing their intimate and personal experiences behind the scenes and in the studio over these last 10 years.
Jenny and the Mexicats is a group that does not look like any other. It is a fusion of nationalities and personalities; a band that had its beginnings in Madrid under the name of Pachucos y la Princesa in June 2008 with a very particular history: demonstrating serendipity at its finest.
It all started when Icho (double bass) invited Jenny to live in Madrid. Jenny, a professional trumpeter and singer with 20 years of age, was at the right place at the right time. Icho called the best guitarist he knew, Pantera, a  musician who loves Misfits and other punk bands, with a very versatile flamenco technique. Icho and he had played together for many years in a rockabilly group and in a punk band in their hometown in Mexico.
Pantera then introduced the band to a colleague who played cajón instead of drums; this is how David arrived to the band. He had met the extraordinary Spanish cajonist by previously sharing the stage with him in the world of flamenco.
That is how the little adventure of an English girl who moved to Spain in search of new sounds was born, and gives Jenny and the Mexicats something special: a fusion without labels or musical prejudices.
The first album arrived as ‘Jenny And The Mexicats’ (2011) and they moved from Madrid to Mexico City in 2012. With this production they successfully received a Gold Record and recognition. This bilingual album gave them three hits that made them internationally known and put them on everyone’s radar:Verde Más Allá, Me Voy a Ir and Flor.
In 2014 they released their second album ‘OME’ and the first single “Labios” was part of the soundtrack to the movie “Amor de mis Amores” that was directed by Manolo Caro. The album contained new songs with all the Mexicat spirit and mixed great rhythms, lots of energy and moments of sensitivity.
Mexican influences are noticed within Frenético Ritmo and Boulevard. David’s voice takes more prominence in songs like Duele al Caminar, Labios andBoulevard. The last song of the album Back to Basics demonstrates Jenny’s most simplest and emotional way of composing: her alone with her guitar. Another highlight of the album is that all of the album art and the band’s general art direction is done by Pantera.
Jenny and the Mexicats is a musical combination that mixes rhythms of jazz, rockabilly, folk, flamenco, reggae, “veracruzano“, country and cumbia. This is what gives Jenny and the Mexicats a unique personality; they’re simply inimitable.
The U.S. tour is an opportunity to see one of the most notable bands today with a highly different sound that will surely continue to innovate and to create musical influence. 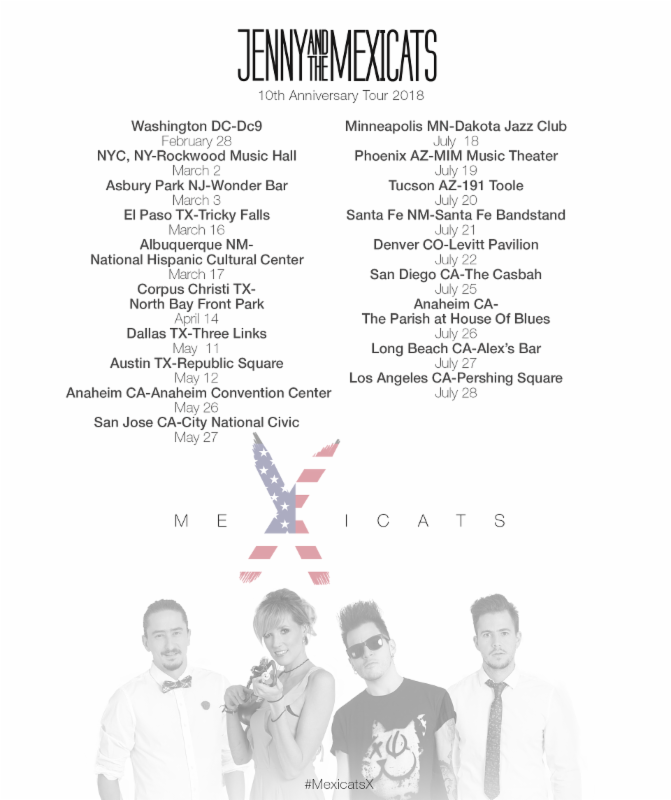 Jenny and the Mexicats tour