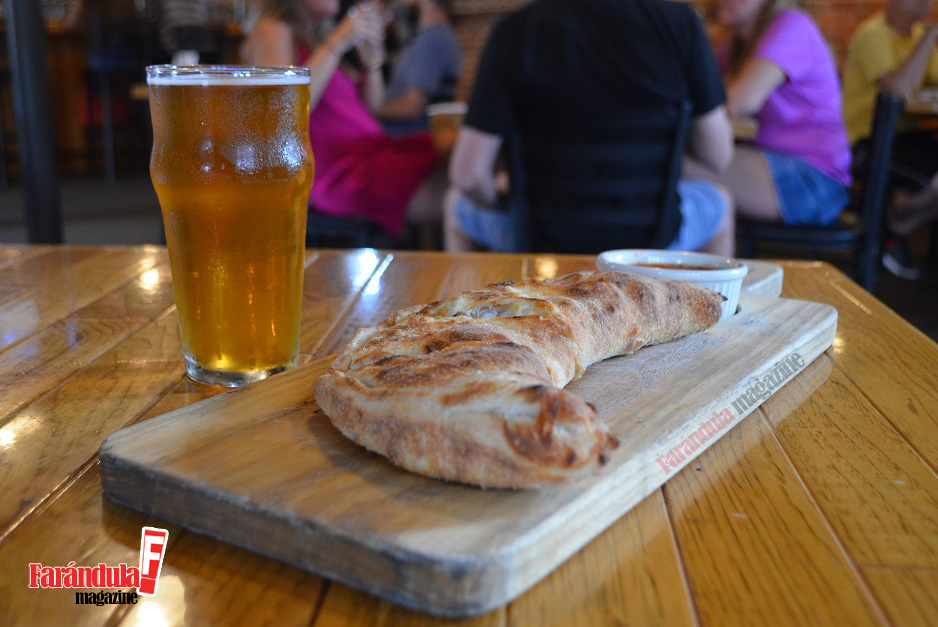 Established in 2012, The Mitten Brewing Company has become an integral part of the community and local residents in Grand Rapids. Located in the historic Engine House No. 9 The Mitten is a vintage baseball-themed microbrewery pizzeria that focuses on community involvement and charitable giving. Founders Chris Andrus and Max Trierweiler are lifelong friends who saw an opportunity to broaden the city’s craft beer scene and were confident in their investment. Surprisingly, they have received positive response and support from the West Michigan community that named them ‘Michigan’s Best New Brewery’ by MLive Media Group in 2013. Both the entrepreneurs were also recognized by The Grand Rapids Chamber of Commerce as the ‘Young Entrepreneurs of the Year’ and received the ‘President’s Award’ from the Association of Fundraising Professionals.
Considering all that in mind, I decided to try it out and ordered Stromboli (pizza turnover stuffed with mozzarella cheese and a choice of 3 toppings from the ‘build your own’ menu). The cost for it was $7.99. After 10 minutes the Stromboli arrived on my table. It was cut into 4 pieces and served on a wooden board along with a delicious Marinara sauce. My server Mallory did a great job to enhance my overall experience. The Stromboli was well cooked with melting cheese and topped with mushrooms, pineapples, and jalapenos (which were the toppings I chose). Overall, the experience at The Mitten Brewing Company was exceptional as I had a great time relishing a well cooked Stromboli and was provided a great service which was the icing on the cake.