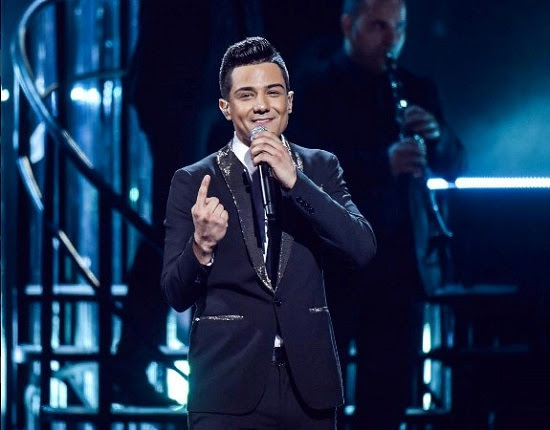 Following a slew of accomplishments with his latest single, Regional Mexican music star, Luis Coronel, announces he will be a special guest in the U.S. leg of Prince Royce’s FIVE World Tour. The tour kicks off in Laredo, Texas on June 29th, and will visit 21 cities across the United States, including Dallas, Las Vegas, Los Angeles, Miami, New York, Phoenix and Washington DC, among others. Tickets go on sale this Friday on www.livenation.com and www.ticketmaster.com.
“I am very excited to join my friend and colleague, Prince Royce, in his tour throughout the U.S. He is an amazing artist and I am so happy and grateful to have the opportunity to join him,” expressed Luis Coronel.

Luis Coronel has enjoyed much success with his new single, “Dime Qué Se Siente,” which has already received over 2.3 million views on the artist’s official VEVO channel. The singer-songwriter presented the TV debut of the single in a heartfelt performance surrounded by dancers and musicians during this year’s Premio Lo Nuestro. During the ceremony, Luis Coronel stole the night delighting the audience as the co-host of the night alongside Alejandra Espinoza. He showed off his charismatic and enchanting personality introducing several performers and presenters throughout the night, stunning everyone with his dapper looks.