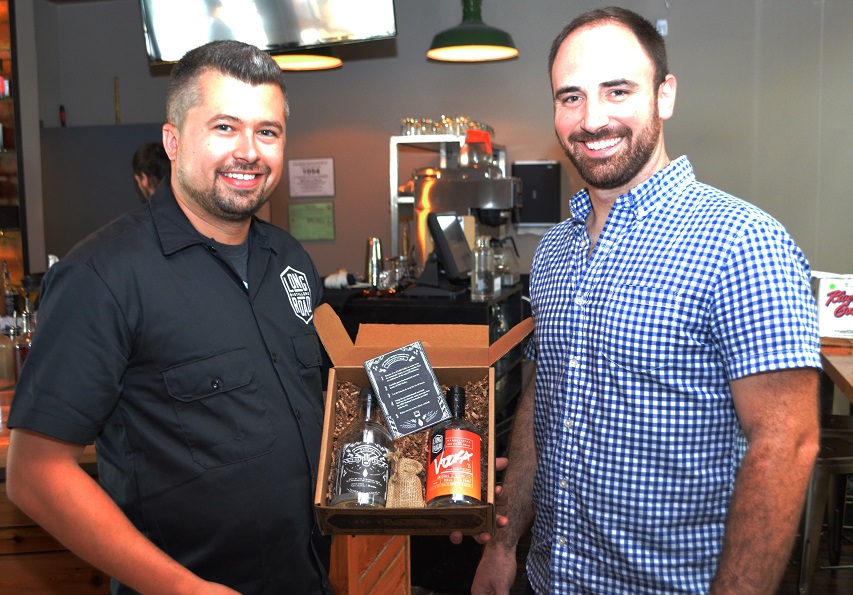 WMTA/ Grand Rapids, Mich. – Internationally recognized Grand Rapids distillery, Long Road Distillers, has won top honors for Long Road Aquavit at this year’s New York World Wine and Spirits Competition. The Aquavit was awarded Best in Show Unaged White Spirit and a Double Gold Medal, beating out all other clear spirits from around the world entered into this year’s competition, considered part of the Triple Crown of Competitions, along with the San Francisco International Wine Competition and the San Francisco World Spirits Competition.

Long Road’s award-winning line-up of spirits are made from 100 percent locally grown grain and are made 100 percent on-site at the distillery on Grand Rapids’ West Side. The distillery, having only opened 16 months ago, continues to break the mold for start-up craft distilleries with the recognition it has received for its innovation and product quality. Co-owners Jon O’Connor and Kyle VanStrien point to three factors for their early success:

“It’s all about the people, ingredients, and equipment,” says O’Connor. “Our team of distillers have fine tuned our process and fully embody our no-shortcuts approach. Combine that with the finest ingredients West Michigan has to offer and top of the line equipment from Vendome and Mueller, and we have the perfect recipe for achieving our goal of crafting world-class spirits right here in Grand Rapids!”

There was a 50% increase in the number of product submissions for this year’s New York World Wine and Spirits Competition over last year. The competition was started by Steven Wesler and Anthony Dias Blue. Dias Blue, who serves as the head judge for both the New York and San Francisco World Spirits Competitions, is recognized world-wide as a leading food, wine, travel and spirits authority.

In addition to the distillery in Grand Rapids, Long Road’s spirits can now be found in over 400 accounts around the state of Michigan, including bars, restaurants, grocery stores, and specialty retailers. Long Road is currently exploring new markets to expand into for the beginning of 2017.