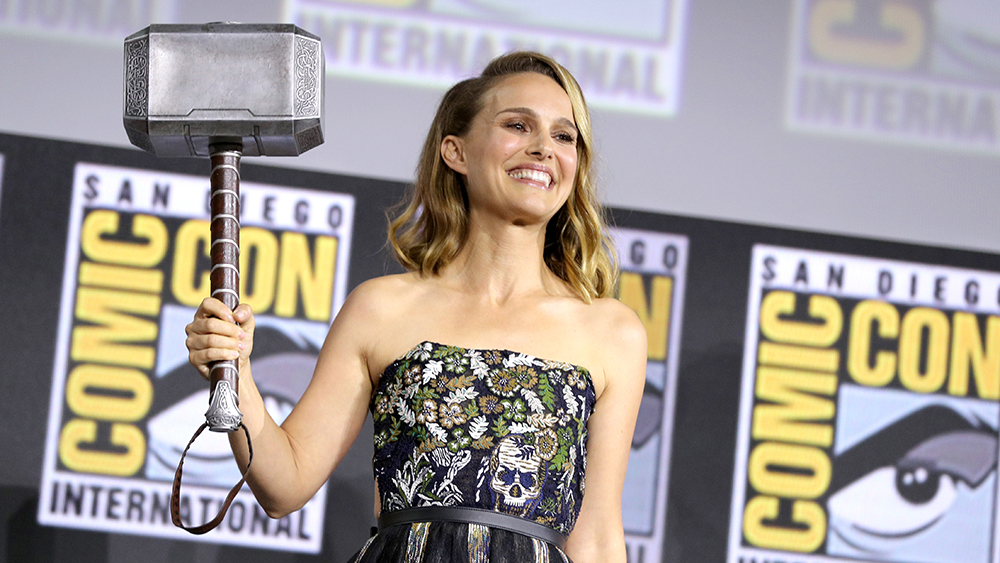 LOS ANGELES (Variety.com) – Natalie Portman is coming back to the Marvel Cinematic Universe, but she’s no one’s love interest this time around.

The Oscar winner will play a female god of thunder in the fourth film from the Chris Hemsworth series, titled “Thor: Love and Thunder.”

Portman hit the stage at San Diego Comic-Con on Saturday to great fanfare, standing beside returning director Taika Waititi and co-stars Hemsworth and Tessa Thompson, where she was handed a Hasbro version the hero’s famous hammer.

Portman appeared in the first two Thor movies in 2011 and 2013 as Jane Foster, but was absent for the most recent installment, “Thor: Ragnarok.”

The development shouldn’t come as too much of a surprise for those who read the comic books. Foster’s introduced to the series as an astrophysicist who becomes the object of Thor’s affections, but in a 2014 comic-book storyline, she’s deemed worthy to wield Thor’s hammer, Mjolnir, and adopts the title of Thor, the Goddess of Thunder.

In addition to revealing Portman’s return, the Thor crew also announced a release date for the forthcoming movie: November 5, 2021.

Other big announcements at Marvel’s massive panel included the lead of “Shang-Chi” (Simu Liu) , the full cast of “The Eternals” and Mahershala Ali starring in a new “Blade” movie .