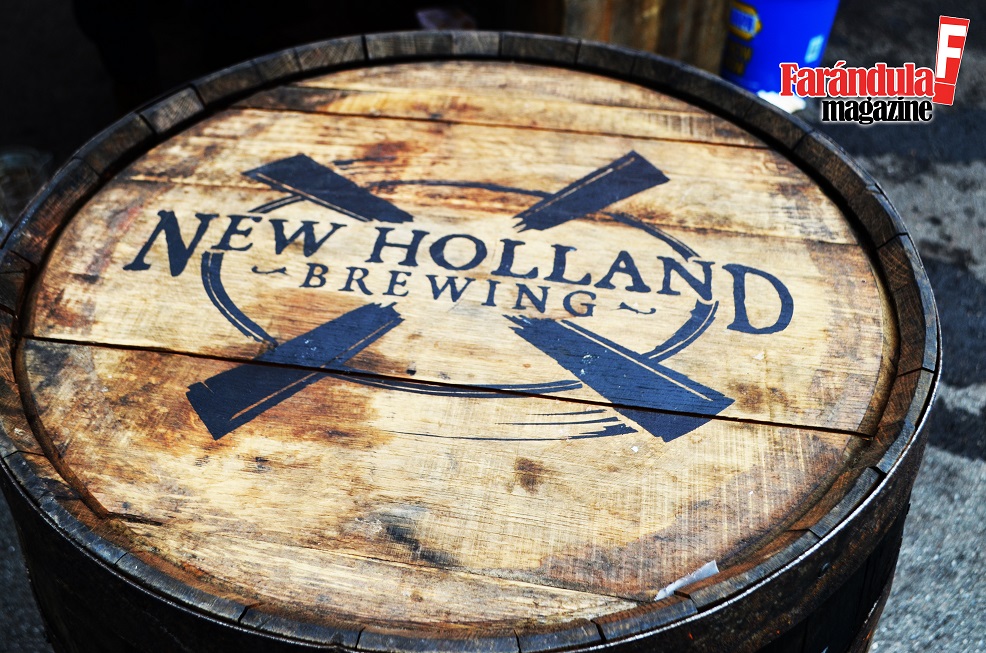 “In December, we began the process of joining forces with Pabst Brewing Company, allowing us to distribute our beer brands to more people in more places throughout the country,” VanderKamp said. “The partnership allows us to focus on brewing incredible beers and building our brand while leveraging the power and reach of the Pabst sales and distribution platform.”

During the celebration, the companies announced a “collaboration brew” which will be available exclusively in the New Holland brewpubs in the upcoming weeks.

“This collaboration brew represents the great fit between our two companies and the strong shared culture embodied by the partnership,” VanderKamp said. “We’ve used Wisconsin malts and Michigan hops to pay homage to the birthplaces of these two brands and to symbolize the beauty and remarkable experiences that are created when we work together.”

The partnership with New Holland allows PBC to increase its product portfolio and strengthens the company’s participation in the craft beer market.

“We are thrilled to be pioneering a new approach to partnerships – we aren’t taking any ownership and New Holland is remaining fully independent. It’s as pure a partnership as you’ll see,” said Thorpe. “Our approach to building relationships is flexible and individualized based on the partner’s needs. We are highly selective in our search for those special gems that are a perfect fit for our portfolio and where we can add meaningful benefit with our sales, production & distribution platform. We have truly found a great fit with New Holland and are excited to take advantage of the opportunities before us, and to see where this partnership can take us.”

New Holland, now in its 20th year, remains independent and continues to manage all other business functions for its beers including production, marketing and finance. The company has experienced consistent growth throughout its 20-year history. VanderKamp is projecting strong growth into the second quarter of 2017 and beyond.

During the first quarter of 2017, New Holland’s beer sales are up by 27 percent over the same period last year. New Holland’s flagship brand, Dragon’s Milk, has seen a 30 percent increase across both on- and off-premise sales. Two new entries into New Holland’s core lineup, Hoptronix Double IPA, and Lost Dune Golden Ale, have also had significant growth.

“We are experiencing a strong start to the New Year,” said VanderKamp. “Through the partnership with PBC and our brand lineup, we will be able to build on our goal of continued growth in 2017.”

During the current year, New Holland Brewing will focus on its core beer lineup, which includes Dragon’s Milk, Mad Hatter Midwest IPA, The Poet Oatmeal Stout and Hoptronix Double IPA, while bringing new items to market and continuing to build on the Dragon’s Milk Reserve program.