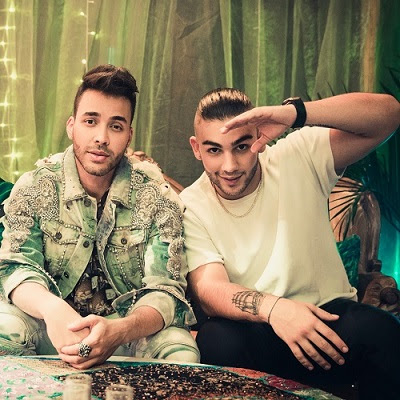 The urban pop song “Cúrame” was produced by DJ Luian and Mambo Kings and co-produced and co-written byPrince Royce and Manuel Turizo. The video for the track was shot in Medellín, Colombia by Director JP Valencia of 36 Grados. “Cúrame” is the third track off the artist’s upcoming album Alter Ego. With “Cúrame“, Prince Royce continues to showcase his strength as an singer/songwriter in diverse genres, as he has done with his most recent singles. . . with “El Clavo“, which reached #1 on Billboard‘s Latin Airplay chart, he demonstrated his urban side and with “Adicto” with Marc Anthony, which was #1 on Billboard‘s Tropical Airplay chart for seven weeks, he consolidated his power in the bachata genre. Recently he has also collaborated on a variety of songs, including urban/trap hit “Bubalú” with Becky G, Anuel, DJ Luian and Mambo Kingz; R&B track “Quiero Saber” with Pitbull and Ludacris and the Pop single “Llegaste Tú” with CNCO.