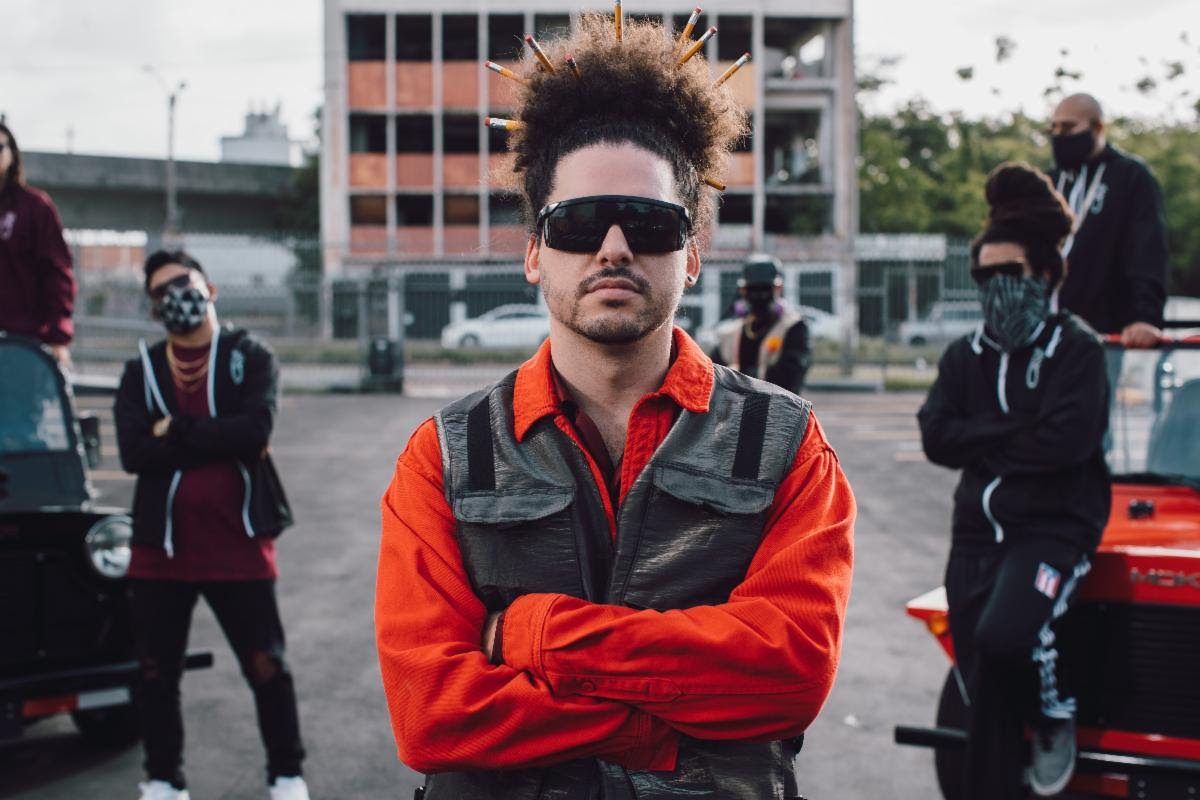 Singer songwriter and rapper PJ Sin Suela keeps his fans on their toes by releasing a catchy bilingual track that showcases his dominance and ability to write and rap in English entitled “Duolingo“.

Coming from a bilingual or “Spanglish” background in Puerto Rico, PJ Sin Suela, also known as Pedro Juan Vazquez, is constantly changing his sounds and switching up his elements that allow him to reach a diverse audience. With “Duolingo” he implements complex metrics and witty punchlines, going a step further than just using “dale” or “mami” when rapping in a second language. That just doesn’t cut it anymore.

Instead, “Duolingo” thrives with a heavy bass, screaming samples, and fast drums that will have you driving a little bit too fast while “bopping” your head at the same time. From “Pleader”, a collaboration with Alt-J in English, to “Cuál Es Tu Plan”, ft. Bad Bunny and Ñejo in Spanish, you’ll notice “Duolingo” feels like a mix of both.

PJ Sin Suela keeps successfully establishing his artistry. In the beginning of the year, he released an impactful track “Loco Loquito” featuring Latin GRAMMY and GRAMMY winner Jorge Drexler, continuing with “Cuenta Conmigo” featuring Mozart La Para, and “Mirame“. Last year, he was named by the prestigious Billboard Magazine as one of their 10 Latin Artist to Watch. He was also confirmed to perform for the first time in Lollapalooza Chile and at Jazz Fest in New Orleans, Louisiana, which were inevitably cancelled due to the pandemic.