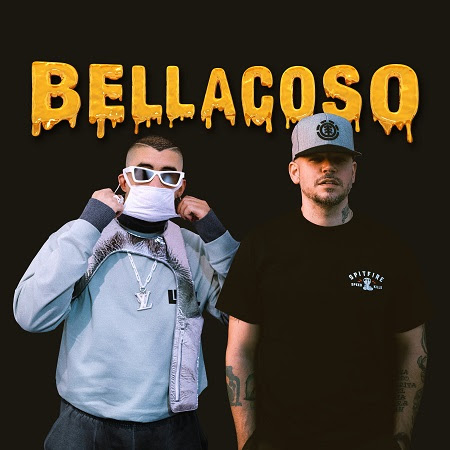 After 12 Days of Fighting the Resignation of the Puerto Rican Governor; Residente Promised a Track Showcasing the Rapper’s Authentic Reggaeton Roots while Announcing His Second Solo Album for Later this Year with an Intriguing Concept

MIAMI (July 26, 2019) — Today, the Puerto Rican rapper, composer, producer, co-founder and former leader/vocalist of Calle 13, RESIDENTE (Rene Pérez Joglar), announced his first official single and music video from his upcoming second solo album (set to be released later this year) after the fight against the governor of Puerto Rico. “Bellacoso” features the dynamic Latin Trap artist, Bad Bunny, and showcases the revitalizing sound of two generations merging their individual style for an energetic dembow/reggaeton. “Bellacoso”, an inventive slang term, embodies and personifies social acceptance and personal approval. The lyrics illustrate the artists not only having fun but, celebrate their connection through embracing self expression without barriers. The single comes 12 days after fighting the governor to resign and the demand of a celebratory track for the victory.

The single’s visuals embody Residente’s former descriptive sound of Reggaeton, Dembow and Hip-Hop with strong social illustrations of Puerto Rico, and the blend of generations. Breaking societal barriers through satirical lyrics and the music video, Residente and Bad Bunny are all-inclusive.

From every shape and size, to every race and gender, the music video even features the controversial feminist movement of unshaven armpits. In this video, no body was forgotten or excluded; the representation was strong to make a statement of authenticity. The two Puerto Rican artists collaborated to bridge a fun and lively atmosphere in their country of Puerto Rico, where it was filmed.

The music video was directed by Paris-based cinematographer and award winning music video director, Gregory Ohrel. As a multifaceted creative, Resident conceptualized and produced along side Trooko, a Latin producer.

“I am experimenting right now and every collaboration that I do is well thought out,” shares Residente. “When starting this process of my second album, it occurred to me how do I have a concept for each song that will give me the freedom to write what I am feeling, but at the same time connect with whomever I am collaborating. So, for this project and single I am focusing on the frequencies that connect us as humans to then develop a sound, lyrics, and concept on how we connect. As always, this concept will evolve throughout the process of finalizing my album that will present some twists on how we connect with the universe in general.”

Currently, Residente is continuing to work on his second solo album. Further expanding on his exploration of innovative musical and scientific parallels, his upcoming album will focus conceptually on the frequency that the human body operates from. Through brain waves and frequency, Residente connects on both a scientific and emotional vibe with collaborating artists inspiring the creation soulful music.