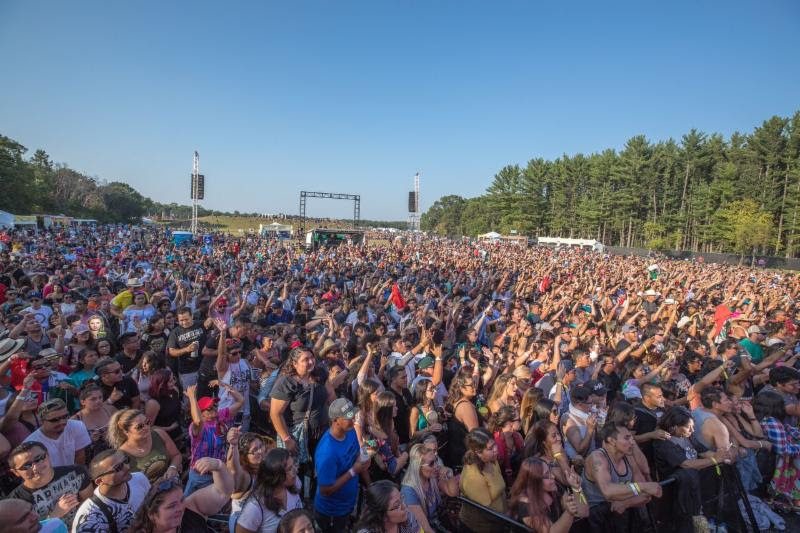 Wisconsin, Dells – September 6th, 2017.- Close to 35,000 people showed up over the weekend at the Los Dells Festival to witness history. This is the first 2-day major festival of Latin Music in the Midwest that gathered many genres to perform for the first time in the same event at an unexpected region and successfully accomplished a dream come true for thousands of fans and for Damon Zumwalt; founder and creator of the festival who had the vision to bring some of the biggest names in Latin music to an underserved region.
For some of Wisconsinites and other Midwest music fans, it was their first time seeing their favorite bands. It was also the first time some of the artists played at an all-Latin music festival. Maná filled its 90-minute set with great emotional moments that brought several to tears and made the weekend so memorable for the thousands who came to the Woodside Ranch where the festival took place. 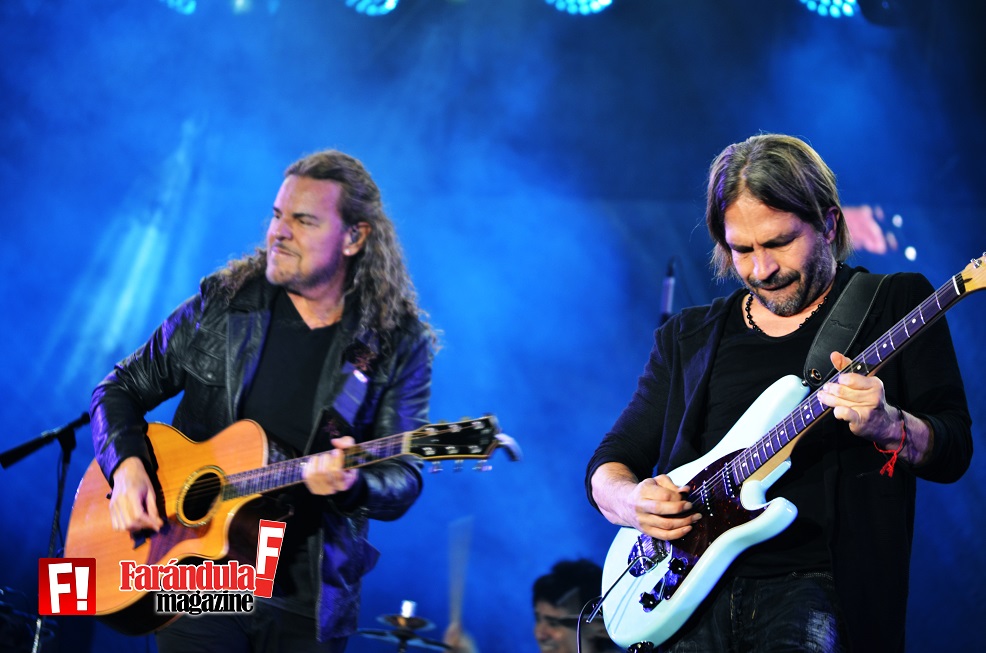 Maná, Daddy Yankee, Nicky Jam, Los Tucanes de Tijuana, Reik, Wisin, Becky G, Carla Morrison, Deorro and many other artists performed in 3 stages featuring a major production of sound and lighting. The festival was a joy for most of the artists who in their press conference showed the admiration for the beautiful pristine woods surrounding the area, the production and the well-organized event. “It is time to be inclusive, not exclusive” answered Jonaz, lead singer from festival performers A Band of Bitches, when he was asked his opinion on including music genres that typically do not mix in an event.

Damon Rey, Head of Entertainment for the Los Dells Festival, responded during a

press conference on Sunday to a reporter who congratulated the promoters for putting together a Coachella festival for Latinos: “We are flattered for comparing us to one of the largest and most creative festivals in the world that we ourselves admire, but it is important to know that for us, we are Los Dells Festival with its own identity. We are not trying to be someone else.”

Close to 1,600 people camped at the festival showing on their tents flags their origin from different countries of Latin America and United States. Not even the scattered rain showers during the first day stopped them from enjoying the one of a kind Latin music festival. Among the audience were many families that spent the weekend together and kids who enjoyed the children area where they could ride ponies, get face painting, get balloon figures and participate in other fun activities.
Los Dells also gave a platform to visual artists where people could see art in the making throughout the weekend. More than dozen local artists participated and by Sunday morning beautiful paintings were displayed along the vast festival grounds.
With a warm sunny Sunday, Los Dells Festival, perhaps the largest Latino music festival ever assembled in the USA concluded the 2-day event with Los Tucanes de Tijuana, who had the audience dancing until the end of the new great festival.
“We know that for a lot of people it was hard to believe that this festival was for real; too good to be true… and why is [it] happening in Wisconsin? But it is for real and for those who missed it, they [will] have a second chance next year”, said Zumwalt.
All the ticket sale profits for Los Dells are being donated towards Hurricane Harvey disaster relief as announced on a press conference last Thursday by promoter Damon Zumwalt.
picture credits
Maria Madrigal
Paul Frank