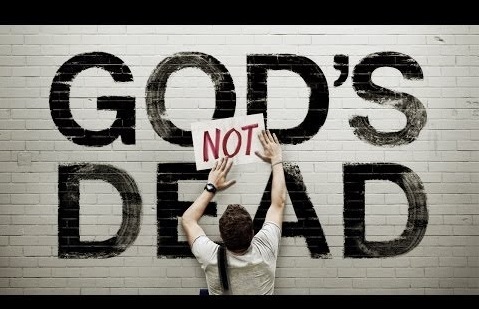 “The World Congress of Families is the perfect venue to premier God’s Not Dead 2,” said Ted Baehr, publisher and Editor-in-Chief of Movieguide. “As we watch the decline of families, it is important to have the freedom to express our beliefs without being ridiculed or silenced. There has never been a more pressing need to talk openly about the impact that the Gospel of Jesus Christ can have in raising happy and well-adjusted children-those who will enter adulthood with strong moral character and values that make our communities strong.”

God’s Not Dead focuses on a student who is faced with an antagonistic atheist professor and challenges the professor to examine his lack of faith. The sequel addresses the issue of freedom of religion and the right to speak openly about Jesus Christ and religious beliefs publicly.

“We were excited to learn that the producers of God’s Not Dead 2 chose World Congress of Families IX as the venue to premier the movie. I’m certain it will be well-received by our attendees and is a great addition to the full lineup of remarkable speakers and world-class entertainment that we will host over the four days of the Congress,” Janice Shaw Crouse, a member of the Board of Directors of WCF and Executive Director of the World Congress on Families IX.

The World Congress of Families (WCF) is the largest gathering of pro-family advocates in the world. WCF IX will seek to provide sound scholarship and effective strategies, and it will mobilize intellectual and advocacy resources to affirm and defend the natural family as the fundamental and only sustainable unit of a free society.