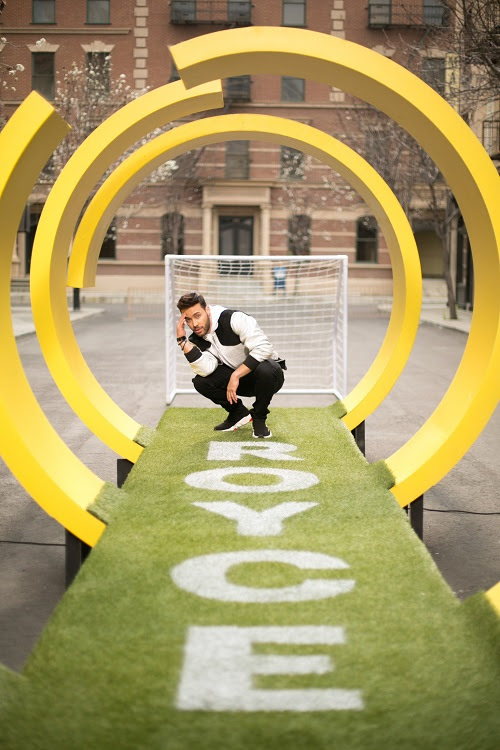 Latin superstar Prince Royce recently released the official Sprint anthem to celebrate the passion for soccer, “90 Minutos (Fútbol Mode)” with ChocQuibTown. Today he premiered the video for the song, which features the special participation of none other than Carlos Alberto Valderrama “El Pibe“, one of the best Latin American soccer players of all time.

Click HERE to watch the video for “90 Minutos (Fútbol Mode)“. 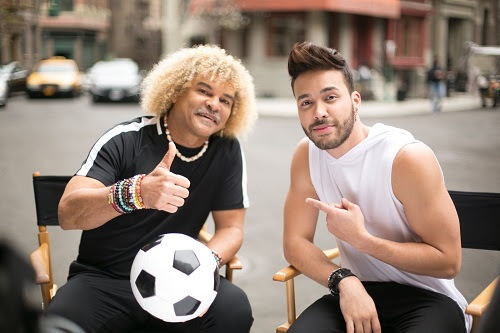 “’90 Minutos (Fútbol Mode)’ is an uptempo song with a blend of high energy beats that will have everyone on their feet and celebrating world-class soccer. Actually shooting the video with ‘El Pibe’ was a lot of fun and also a great honor; He gave me my first soccer class that day, which was unforgettable,” said Royce, who was not raised playing the game.
The video, directed by Mike Ho, shows the unity and joy that floods the streets of many cities throughout the world during the World Cup; while a 90 minute game takes place that is not necessarily a soccer match.
“90 Minutos (Fútbol Mode)” was written and produced by Royce alongside a stellar group of songwriters and producers: Edgar Barrera, Andrés Castro, Jesus Herrera (Dale Play), Oscar Hernandez (Oscarcito), Jose Luis Chacin and D’lesly (Dice) Lora.
Royce decided to collaborate on the song with the Colombian Latin GRAMMY® winning group ChocQuibTown to add to its feeling of celebration and diversity, as he appreciates how they fuse together funk, hip-hop, reggae, pop and elements of electronic music to produce elaborate beats.