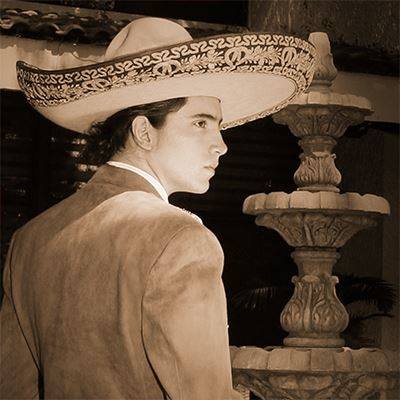 On the strength of his debut single “Te Amaré” the 25-year-old singer Alex Fernández, the youngest member of the Fernández family musical dynasty, is a rising star in the mariachi genre. Today, he releases his second single and video, “Lo Primero Que Haría” a beautiful combination of traditional mariachi and modern flavor.  With a spellbinding voice, he is receiving rave reviews for his recent live performances, including Premios de la Radio (which were broadcast in Mexico) and the Latin GRAMMY® Acoustic Sessions, where he was backed by Mariachi Gama Mil. These appearances came on the heels of “Te Amaré,” which has surpassed 6 million YouTube views, and hit #1 on the monitor LATINO terrestrial airplay chart’s real-time survey of 700 radio stations. A promising debut, for sure. Today the story continues to unfold with “Lo Primero Que Haría,” which finds Alex even more self-assured. One of his favorite songs, it was recorded by his grandfather, the Living Legend Vicente Fernández, on his 1986 album Hoy Platiqué con mi Gallo (Today I Spoke With My Rooster).  Written by Gustavo A. Santiago, this classic Mexican song is invigorated by the new musical arrangements contributed by Manuel Cerda and produced by Francisco Javier Ramírez López, who has worked with theFernández family for years. As we recall how Alex capably wore the regal traje de charro on the videoclip of “Te Amaré,” we appreciate how he gives us a more personal touch on the music video of “Lo Primero que Haría.” This video portrays a get-together featuring cameos from several of his friends, as well as scenes from a couple’s relationship and vignettes from the countryside. Filming took place in Guadalajara and at the family ranch, known as Los Tres Potrillos. It is directed by Gonzalo Ferrari and Héctor González of the Cuarto Piso production company, in a short film that mixes tradition and modernity.